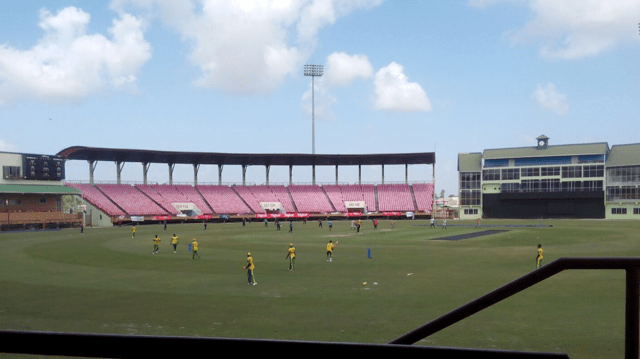 Time constraints forced organizers to call off the Open final, but despite that softball fans were treated with the highest level of entertainment from four top-quality matches played on Saturday at the National Stadium.The games along with the feature T20 Unity Cricket match were a part of the one day event organized by Eworth Williams of Legacy Promotions and James Bond, head of the 007 Promotions, with the aim to unite Guyanese through Sports and to contribute to Guyanaâ€™s 50th Independence Anniversary.

Demerara Masters easily disposed their Berbice counterparts by six wickets with three balls to spare. Batting first the gentlemen from the Ancient County put up a respectable total of 113-4 off their 15 overs, but that was not enough to give them a taste of victory.

Eon Abel top scored with 45 while John Sumair supported with 43 to give the Berbice Masters a possible winning total.
Led by a composed 56 from Jagdesh Persaud, Demerara Masters reached 119-4 in 14.3 overs. Mohamed Rafeek and Ramo Malone contributed 25 and 19 respectively.
On the distaff side, Demerara defeated their Berbice counterparts by 35 runs. Matanna Cambridge made an entertaining 75, while Latoya Smith contributed with 19 in Demeraraâ€™s total of 109-5 in 10 overs.