Guyana Softball King Will Be Heading To South Florida 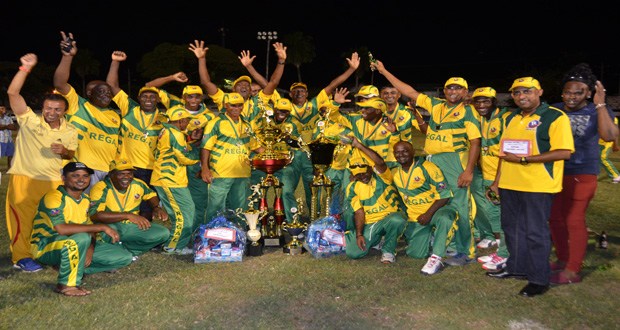 LOCAL top softball teams, Regal  All-Star and Regal Masters cricket teams will journey to Florida next month to compete in the 2017 Florida Cup softball cricket championship. The tournament, which is being organised by the Honorary Consul of Guyana in association with the South Florida Softball Cricket League, is held as part of Guyana’s Republic Day celebrations there.

The competition is set to start at the Brian Piccolo Park, Cooper City, Florida on Friday, February 24 and continue on Saturday, February 25 at the same venue.

The final will be played on Sunday, February 26, at the Central Broward Regional Park and Stadium, Lauderhill, Florida.
The final will be televised on ESPN3. In addition to the various team and individual prizes, there is a cash prize of US$3000 for the winners of the All Star competition, while the Masters champions will earn US$2000.