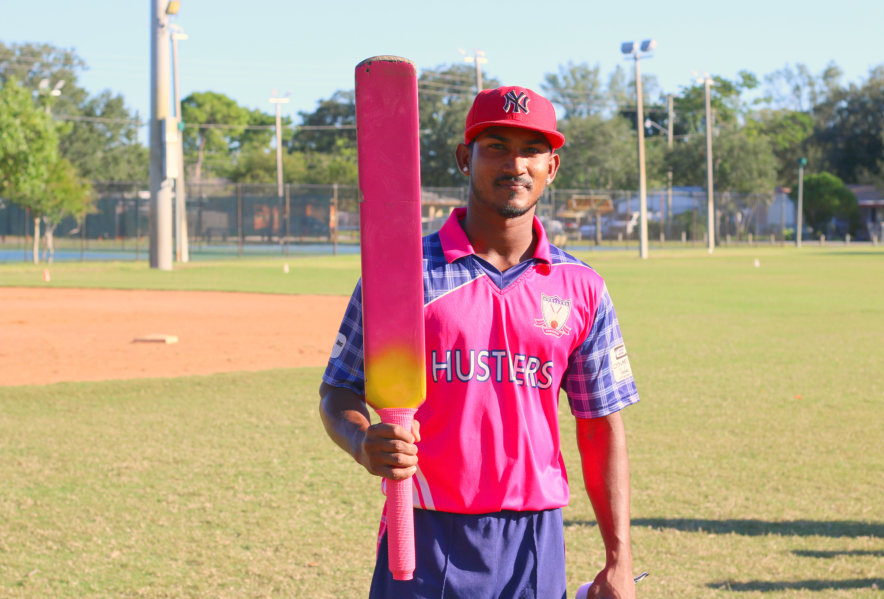 Hustlers bounced back strong from their humiliating lost to Diamond in their opening game of the 2018 season to defeat Unlimited by 9 wickets today at Silver Shore Park in Fort Lauderdale in their second round match.Hustlers strengthened their lineup with the inclusion of Kevin Budhna, Denah Persaud, Andrew Permaul and Ravin Ramnarine who all missed the first game. There are still a few quality players on the Hustlers bench waiting on their opportunity.

Unlimited taking first strikes after winning the toss started off very cautiously with their opening pair Fiaz Hoosein and Tariq Yasin their most experience and inform players just looking to see off the opening bowlers. This strategy did not pay-off well as Tariq was bowled by Anil Bhawani the second change bowler with very few runs on the board and Fiaz was well caught on the deep midwicket boundary off the bowling of Romell Budhna who ended the match with a 5 wicket hall.

As wickets kept tumbling at regular interval unlimited was only able to post 94 runs before they were bowled out with 5 of their allotted 25 overs still remaining. Fiaz Hoosein top scored for unlimited with 26 runs.

After missing the season opening match against Diamond Kevin Budhna and Andrew Permaul opened the batting for Hustlers, Andrew did not last long as he was bowled in the first over. Bacchus replaced Andrew and together with Kevin saw the tea to victory without any further loss.