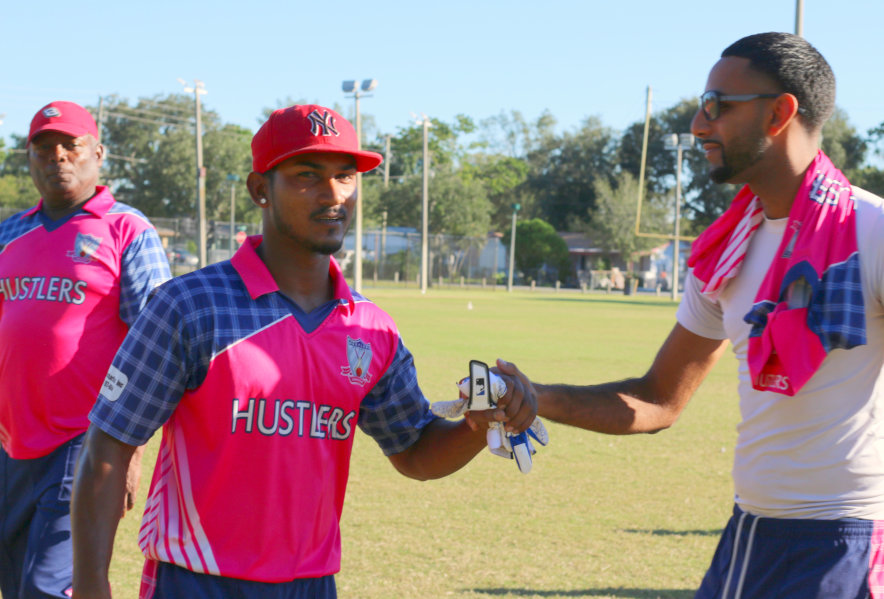 Hustlers easily defeated Hurricane at  Carter Park today to end their regular season undefeated. After wining the toss and taking first strike Hurricane batsmen found it difficult to bat against an accurate Hustlers bowling attack lead by Nazim Amin and Kevin Budhna.  They tried to rebuild their inning after loosing four early wickets and were 67/4 at the 13 overs break, however, the recovery was hampered when Nazim returned for a second spell. Hurricane was eventually bowled out for 106.In reply to the below-par score, Hustlers had no difficulties as they reached the target well before the half-way point of their inning loosing only two wickets in the process. The informed Kevin Budhna who is the tournament leading Runs scorer with an astonishing average of 396.00 hit an unbeaten 60.

Hustlers will not play the 4th placed Sportsman in one of the Semi-finals.