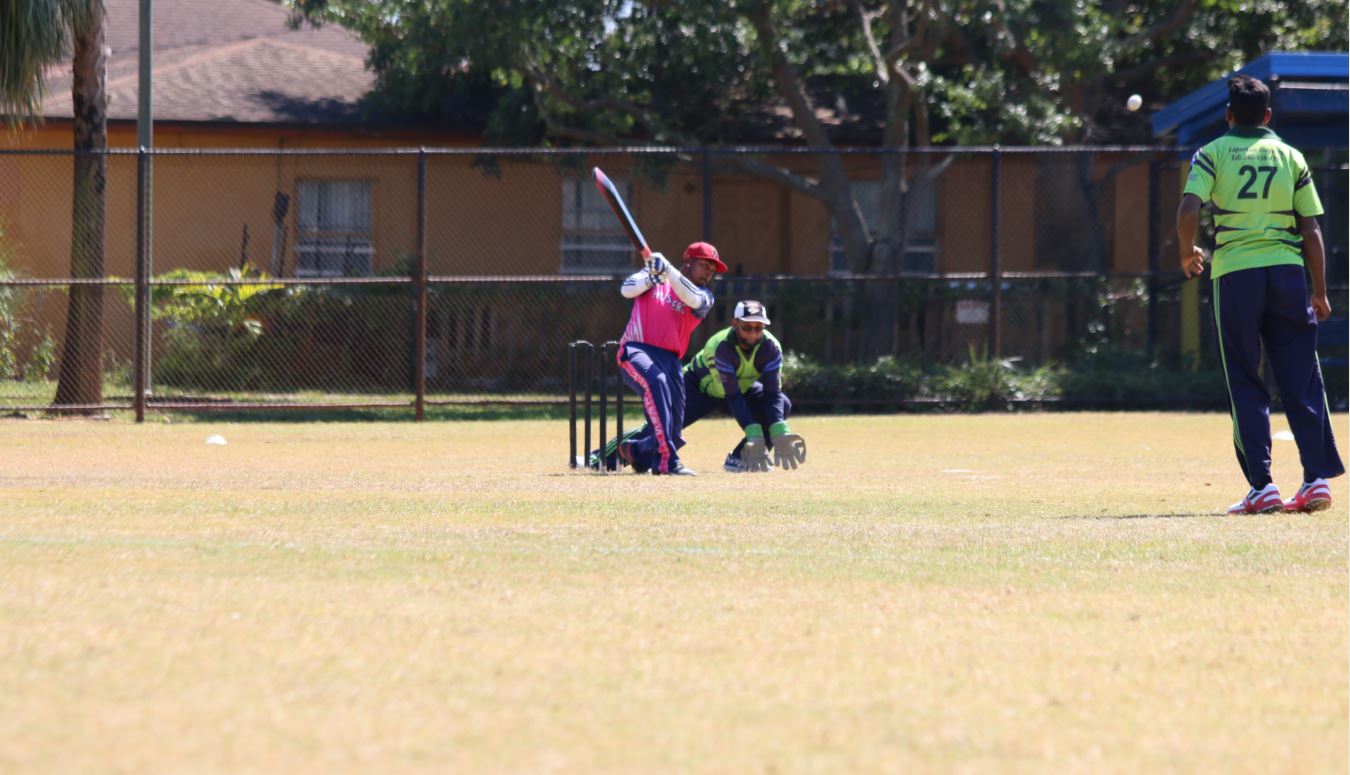 SFSCL : Kevin Budhna hit a boundary studded 90 that for Hustlers Cricket Club in their Division One quarterfinal match against Sportsman yesterday at Joseph  Carter Park in Fort Lauderdale.

Sportsman Cricket Club was high on confidence coming into this match their second consecutive quarter-final match.

They opted to send Arkhan and Nazim two of their most experienced players in the side to open their inning; however they found it very hard to rotate the strike as the Hustlers bowlers kept hitting the right area and they were well supported by an aggressive field.

At the 13th over break they were 49/2 significantly below where they were hoping to be.  The usual slow batting from the top-order meant their middle order will have to cultivate a steep acceleration towards the end of their inning if they hope to set a competitive score.

Midway through the second half of their inning, Zack Abdool and Massood Mohammed batting down the order today launched an attack on the Hustlers bowlers scoring 108 in the second half taking their overall total to 157/4. Zack scored an unbeaten 61 and Masood an unbeaten 23.

Hustlers achieved their target within 15 overs and will now face the tournament leader Hurricanes in the semi-final scheduled for April 8th, 2018.