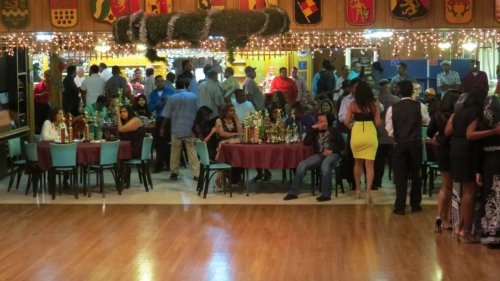 SFSCL 2015 season was concluded with a glittering award ceremony at the German American club in Hollywood Florida.

It was another successful year for the league, according to President Sal Hussein in his address to the to the large gathering. The president said that the league continues to improve with every passing season and he is expecting the new season to be better than the previous.

The president took a moment to thank all the executives and umpires for their unselfish contribution to the league and urge other members in the league to start making more contribution.

He also too the opportunity to congratulate the winning teams and players for their achievements.

Hustlers Cricket Club won their third consecutive Division One championship in the 2015 Spring tournament but was unsuccessful in equaling the record of four in the Summer tournament as they were defected in the final by the record holder Hurricane Cricket Club.

Diamond Cricket Club returned to the winning circle as they captured the Division Two championship in the Spring Tournament.

Five Star Cricket Club also won their first championship after several trip to the play-off rounds when they defeated President Cricket Club in the Division One Summer Tournament.

There are too many outstanding individual performances to mention but all were awarded with trophies .