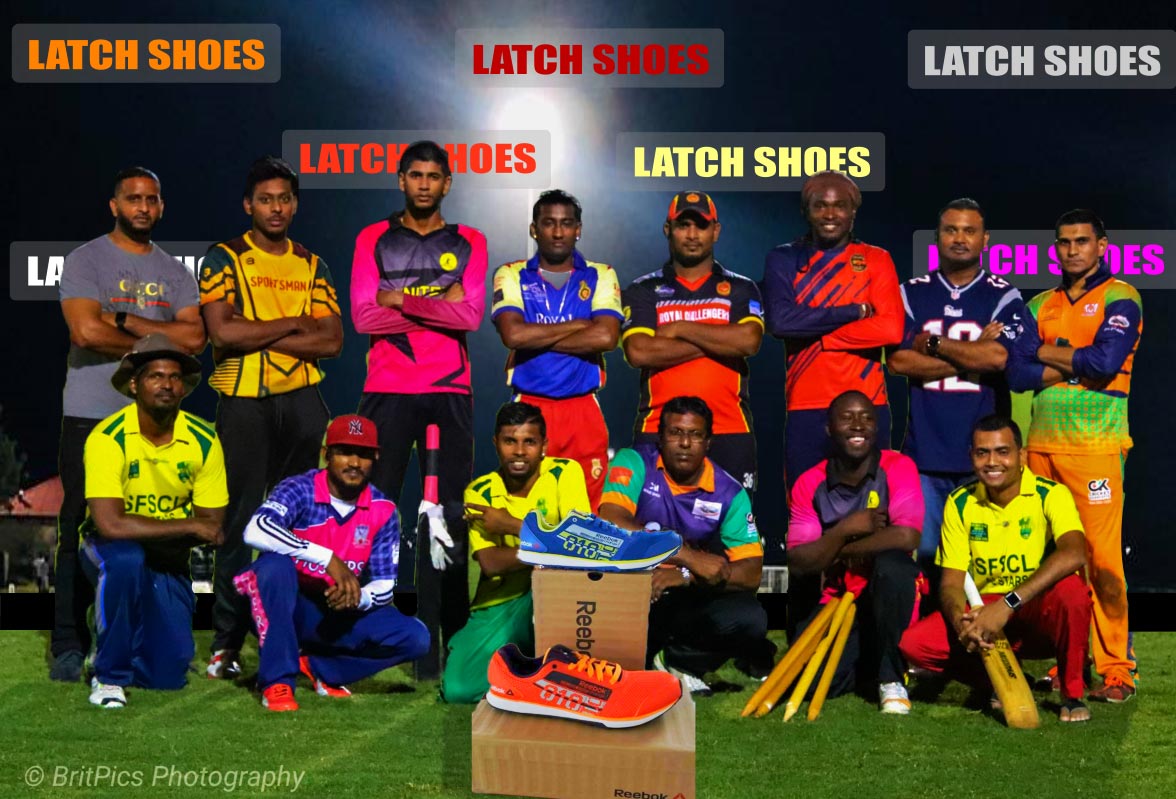 The early evening rain did not stop South Florida Softball Cricket fan from turning out in large number at the Broward County Cricket Stadium to cheer on their favorite players. The fans were not disappointed as the game was as exciting as any on the recent match international matches played at this venue.

With a damp outfield, SFSCL-Allstar team lead by Masood Mohamed invited Hurricanes to take the first strike hoping to capitalize on the excessive moisture in the outfield.  Hurricanes did not have the start they were hoping for as Alex Mohammed who plays for Sportsman in the regular season removed Ramesh Persaud in the second over of the match. Hurricanes struggled to build any substantial partnership as they continue to lose wickets at lost wickets at regular intervals. They eventually finish the first half on 77/5 in 10 overs. The break was reduced due to ensure there was adequate time to complete the match. When Hurricane came out in the second half their problems they were not able to work out their problems with the wicket as they continued to find it difficult to build partnerships. They were unable to bat-out their alotted over eventually bowled out for 130 in 19.1 overs.

After another shorten inning break SFSCL-Allstar lead by Philip Meikle Keshawn Parbhudin got off to a flying start reaching 50 without loss after 5 overs. With Hurricanes badly in need of a wicket and Ramesh Persaud who open the bowling with Andy Ramsaywack having difficulty gripping the wet ball, they turned to their slow bowler. Mikey Singh who was introduced into the attack to try and stem the runs flow got the wicket of the inform Philip Meikle bowled around his leg.

With with the fall of Philip wicket triggered a major collapsed of the SFSCL-Allstar batsmen as they quickly lost the wickets of Keshawn Parbhudin, Kevin Budhna, Sameer Khan, Gavin Chandadat and
Andrew Permaul for the addition of only 15 runs. The slow bowling of Mickey Singh did most of the damage as he picked up 3 wickets in one over. Ron Persaud who was holding his end was joined by Tariq Jameer and together the took the score to 81 before Ron was run-out trying for an ill-advised second run.

Hurricanes growing in confidence with SFSCL-Allstar reeling at 81/7 they opted to bowl the main strike bowler Andy Ramsawack with the aim to wrap-up the tail, however, this prove to be their undoing as Tariq Jameer and his captain Masood Mohammed batted freely against the pace. This pair took the score to 119 before Masood was bowled by Ansar Buksh.

With the wicket of Masood Hurricanes could once again sense an opportunity to pull off a victory. Tariq Jameer was joined by the inexperience Delano Estwick and together they batted superbly under tremendous pressure to deny the 2018 Summer Season Champion Hurricanes Cricket Club a victory. Tariq Jameer was judge man-of-the-match for his outstanding bowling and superb batting under pressure.

The winning 15 members squad was presented with a pair of Reebok Sneakers from the Managing Director of Latch Shoes Jainan Harinarine.

The management of South Florida Softball Cricket League was thank you for the great gesture from Jainan Harinarine.