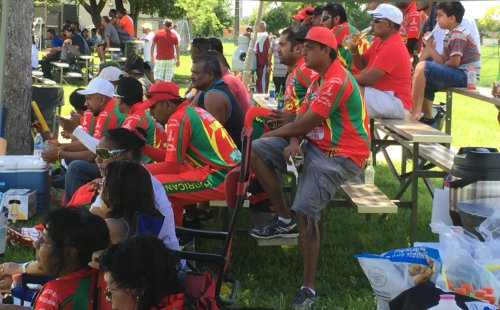 South Florida Softball Cricket League Executive Board was forced by its members at their first 2016 general meeting to changed their decision to award Hustlers Cricket a walk-overÂ  against HurricanesÂ  Cricket Club in the 2015 Fall season final.Â  The match which was scheduled to play on January 3rd, 2016 was not played after Hurricanes notified the league on December 29th, 2015Â  that they will not be able play on the schedule date due to a death in the family.

The league notified Hurricanes that the match cannot be rescheduled dues to the fact that their relative funeral would not be until the following week after the final.Â  It appears that communication broke-down somewhere along the line and Hurricanes notified the league that their team has agreed to give a walk-over since they will not be able to play on January 3rd.

A few days after Hustlers accepted the walk-over Hurricanes made contact with the League President and told him that theyÂ  will play the game as schedule; however by this time Hustlers players made different plansÂ  since the match was awarded to them by the league and they were not available to play.

Hurricanes Cricket ClubÂ  manager Jainan Harrinarine who was representing his teams at the general meetingÂ  today got an opportunity to make his case before the entire bodyÂ  why he thinks the final should still be played and he quickly got the support of the majority of members present. The president of theÂ  League Mr. Sal Hussien notified both teams after the vote that the final match will be replayed at a date suitable for both teams.